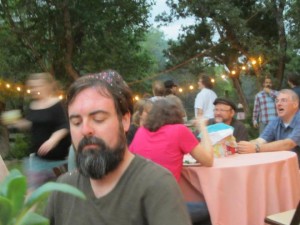 Cavedweller is mostly Dirk Michener. Dirk has been recording since 1994 and originated in Denton, TX. Dirk eventually moved to Austin, moved to San Antonio and then moved back to Austin where he currently lives.

He can be reached by emailing: bowofbees@gmail.com